According to the Chinese firm Hurun Report‘s latest research, there are currently 2,250 billionaires in the world. But where on the planet that most billionaires mingle? You can find them in the following countries: Not surprisingly, the country with the biggest population with the fastest growing economy in recent years is currently the home of 609 billionaires. Many of the wealthy Chinese have derived their wealth from manufacturing, real estate, and technology. Wang Jianlin has been the richest person in China since 2015. As of 2017, the chairman of the Wanda Group (or Dalian Wanda) has a net worth of US$31.7 billion (as of February 2017) The United States rivals China when it comes to having the most billionaires. But for now, the US has to be content at the comfy #2 spot with a total of 552 billionaires. On the other hand, it is the home of the world’s richest person in Bill Gates. The Microsoft founder and tech magnate has a net worth of US$85.6 billion (as of February 2017). Fashion, retail and manufacturing are the top sources of income for these wealthy individuals in Germany. The top German billionaire is Georg Schaeffler, who controls 80% of the Schaeffler Group. Forbes listed his net worth at US$20.1 billion (as of May 2016) India also has a lot of wealthy individuals, whether self-made ones or heirs. Most of them have derived their wealth from the manufacturing, healthcare, technology, and finance sector, among others. Mukesh Ambani has remained the richest person in the country. The chairman of the Reliance Industries Limited has a net worth of US$27 million About half of the billionaires in the UK derive their fortune from finance, fashion, and real estate. Currently, the richest persons in Britain are David and Simon Reuben, the Mumbai-born brothers who got their wealth from a variety of businesses, mainly property. They have a combined net worth of US$14.4 billion. Despite Switzerland’s reputation as the world’s center of finance, only a handful of its 77 or so billionaires derive their fortune from banking. The richest people there are Ernesto Bertarelli and his family with a combined net worth of US$11.7 million. The Bertarellis are chiefly known for the Geneva-based biotechnology/pharmaceutical company Serono, which they sold to Merck back in 2007 for a whopping US$13.3 billion. Mining, energy, and politics, in particular, have brought a great fortune to these Russian oligarchs. A lot of them are not a bit shy to flaunt their wealth through extravagant lifestyles and outrageous purchases of things like yachts, imposing mansions and even islands. President Vladimir Putin has remained the richest and the most powerful man in Russia. Although the exact amount of Putin’s wealth has remained largely a mystery to many, financial insiders estimate it to be around US$70 billion. As France is the world’s fashion hub, it’s not surprising that the leading French billionaires are from the world of fashion. They include Liliane Bettencourt (L’Oreal), Bernard Arnault (Louis Vuitton) and brothers Alain and Gerard Wertheimer (Chanel). Three of the world’s five cheese billionaires also come from this country. 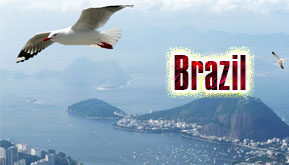 Beer is the beverage of choice for a lot of Brazilians — in fact, the country comes at third in the worldwide beer production. So it’s not a surprise that the five Brazilian billionaires have gotten their riches from beer. Beer mogul Jorge Paul Lemann remains the country’s wealthiest individual with a net worth US$21.27 billion. He co-founded and co-owns 3G Capital, whose one of the biggest acquisitions is a stake in Anheuser-Busch InBev, which is the leading brewer in the world. A lot of Japanese tycoons have acquired their wealth from the tech sector. However, the richest person in the country has derived his wealth from the world of fashion and retail. That’s Tadashi Yanai, whose clothing empire Fast Retailing has built up a name outside of Japan. Fast Retailing runs the clothing brands Uniqlo, J Brand and Theory, and continues its expansion in Asia and America. Yanai’s current net worth stands at US$16.3 billion. Italian billionaires are behind some of the world’s most familiar brands like Ferrari, Prada, Ferrero, Armani, and Bulgari. Michele Ferrero, whose company has introduced Nutella, Ferrero-Rocher, and Kinder chocolates to the world, has a net worth of US$26 billion. Rocher is currently also the 20th wealthiest individual in the world. A lot of self-made Canadian billionaires derive their fortune from a variety of sectors, and some of them became wealthy from establishing well-known companies such as Cirque du Soleil and Uber. Media mogul David Thomson has retained his position as the wealthiest Canadian with a net worth of US$26.3 billion. South Korean billionaires have profited largely from the country’s booming food and tech industries. Lee Kun-Hee is currently the country’s richest individual, with a net worth of US$14.8 billion (as of 2016). Lee is the chairman of South Korea’s largest conglomerate, Samsung Group, and is the son of the company’s father, Lee Byung-Chul. Turkey’s wealthiest moguls have acquired their net worth from diverse sectors that range from food to construction. The richest Turkey businessperson is Murat Ulker who is the chairman of Yildiz Holding, the biggest food company not only in Turkey but also in parts of Central and Eastern Europe, Africa and the Middle East. At present, Ulker enjoys a net worth of US$4.4 billion. Most Singaporean billionaires made their fortune through real estate. Topping Singapore’s rich lists are brothers Robert and Philip Ng whose combined net worth stands at US$8.7 billion (as of 2016). The Ng family controls Sino Group, a leading property conglomerate which is based in Hong Kong. Back home in Singapore, the family holds Sino Group’s sister company Far East Organization, which is the country’s biggest private property developer.