Here you can find some of the rarest things in the world. Their rarity and uniqueness make these items truly interesting and beautiful in their own way. You’ll be delighted by the surprises that Mother Nature and man can bring. Flying fish are not a fictional thing. In fact, there’s a fish that can at least glide in the air. These marine fish make forceful leaps from water into the air. With the help of their long, wing-like fins, these fish can glide considerable distances (about 200 meters or so) to escape their predators. All alligators are terrifying enough, but this albino alligator looks a tad more frightening as it really is. Unfortunately, because of their defect, they cannot survive in the wild due to lack of camouflage (thus attracting attention from predators) and lack of protection against the sun. They can only thrive in captivity. Only 50 albino alligators are found in the US. Worth an estimated $2.3 million dollars, the Treskilling Yellow Stamp from Sweden is the most expensive stamp ever by weight and volume. During the 19th century, the country used to have a different currency, the skilling. The 3-skilling (“treskilling”) stamps were supposed to have a blue color while the 8-skilling stamps a yellow color. But due to some mistake, the treskilling stamps were accidentally printed in yellow. So that error made the treskilling yellow stamp such a rare and valuable item. The Koroit opal is a boulder opal mined from the very remote opal mining area of Koroit, Paroo Shire in Australia’s South West Queensland. The boulder opal mined there is discovered within a strip of sedimentary rocks (about 300 kilometers wide) in the Winton Formation. Usually, opal is found in kernels in a hard and solid mass. This deep purple to black-colored corn is a variety of flint maize (Zea mays indurata), native in the Andes region of South America. The people of the Andes use the kernels of the corn for coloring foods and beverages, a process which has become recognized in the industrial world. A drink made from purple corn, the “chicha morada,” is especially popular in Peru. Another curious natural wonder from South America, Pyura chilensis is an invertebrate sea animal which looks like a mass of organs inside a rock. That’s why sometimes it’s called the “living rock.” Or it looks like a blood inside a stone. It is usually found on the rocky coast of Chile and Peru. It is a filter feeder that eats by inhaling the water and filtering out its treat — usually microalgae. Also known as the Red Dacca Bananas of Australia, the red banana has a reddish-purple skin. It’s not just the skin that makes it unique, but also the size, flesh color, and flavor as well. It is smaller and plumper than the Cavendish banana, its flesh cream to light pink, and flavor and texture sweet and soft. The joey, which is the size of a jelly bean, is born while it is still in its fetal state. After birth, it will be transformed into its mother’s pouch to be fully developed after several months. It is also amazing to note that female kangaroos can also determine the sex of their young offspring before it is born. In a drought, they can even delay the development of a joey in the womb until environmental conditions are better, giving it a better chance of survival. This rare feat is not exclusive to the kangaroos alone, but to all marsupials (whose young are also called joey). Why do auroras (aurora borealis or northern lights) happen in Antarctic and Arctic regions? This natural light display is caused when the Earth’s gaseous particles and the energetically charged particles (from the Sun’s atmosphere) meet. The result of this collision is a magical display of glowing light across the sky which comes in various colors from green to red. Colors depend on the type of the gaseous particles which are colliding. Before carrots became known in their present orange color, cultivated carrots used to be purple. The purple is caused by a pigment called anthocyanin. Purple carrots used to be widely cultivated from as early as the 10th century. During the 16th-century Dutch carrot growers developed the orange variety by deriving the mutant strains of the purple carrot. Purple carrots, which are orange on the inside, are still grown today. Rafflesia arnoldii is the biggest flower in the world. It can grow up to 3 feet across and weigh up to 22 pounds! This flower has no leaves, stem or true roots, and can only thrive off the Tetrastigma vine (related to grapes). Yup, it means the Rafflesia is a parasitic plant. It also reeks of a corpse-like odor, giving its other name “corpse flower.” The Rafflesia arnoldii flower only grows in the pristine rainforests of Indonesia, owing to its rarity. This unusual-looking squid is found at the depths of the north Arctic oceans. Also known as flower vase jewel squid (Histioteuthis hoylei) due to its rather splendid appearance, it is also a type of a cock-eyed squid whose one eye is normal and other eye is large and bulging. Could you believe that this rock is 10 times more expensive than the most precious gold on earth? Because it’s not just a rock — it’s a rare piece of a meteorite! These pieces of meteorite, found in Morocco in July 2011, were confirmed to have fallen from Mars. This brought great news to scientists because it could provide valuable information about whether Mars could support any forms of life. A 1.6 ounce of this Martian rock commanded a price of $43,750 at an auction in 2012. 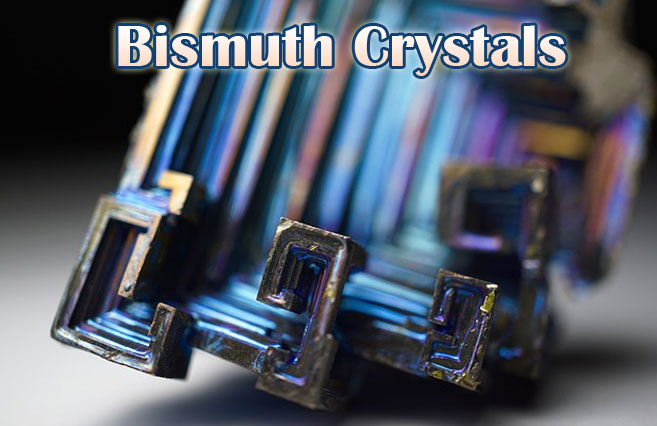 Bismuth is a chemical element which is as nearly as dense as lead. It is brittle metal and has a silvery appearance in its natural state. But when exposed to air for a long time, it will show a pink tinge. As you can see, it is shaped geometrically as if it’s a prop for a sci-fi film, but this is otherwise real! These rare and beautiful white peacocks are like mythological creatures but in fact, they do exist. White peacocks are not albinos but they’re leucistic peacocks — a genetic mutation where their feathers lack pigmentation but their eye color remains normal.