Having a luxury car brand is, of course, a symbol of wealth and status. Without further ado, let’s take a look at which luxury car brands have made it to the list (we also include sports cars and supercars as well). Prices mentioned are in US dollars. British sports car/racing car maker Lotus became famous for its line of products that include the Elise, Exige, and Evora sports car lines, as well as the successful Team Lotus which has been used in Formula One races. For instance, take the Exige; it is a perfect model of Lotus engineering. It has an engine with 345 horsepower (hp) that can run up to 60 miles per hour in 3.8 seconds. Despite its speed, it is surprisingly efficient and economical in fuel — a gallon can take you to about 28 miles! The Exige has two seats and also has Bilstein high-performance shock absorbers for a superior ride.

Prices range from $47,000 to $73,000, but if you still have some money to spare, you may want to pay over a million dollars for of the other models such as the Elise GT1. American car maker Tesla is famous for its electric cars and electric vehicle powertrain components. It has been revolutionary in its products. One of its models, the Model X, is also an electric car. It has two independent motors that can reach 0-60 mph within 5 seconds, and also allows you to have all-wheel drive.

The Model S, also an electric car, is also made with a dual engine and both all-wheel and rear-wheel drive configurations. Once the battery charging reaches 92% it can already provide an efficient drive. This is the most expensive Tesla car model yet which fetches up to over $200,000. 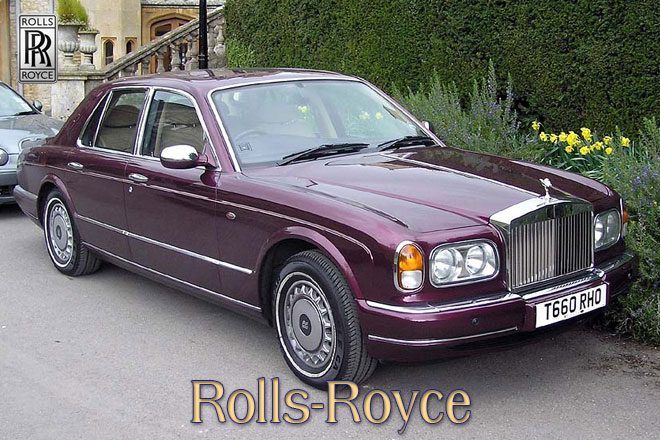 Long the famous name of the luxury car market, the British car maker Rolls Royce achieved renown for its town-style cars and is now under the control of BMW. Both its exteriors and interiors are ultra-luxurious. The interiors, in particular, are quite spacious and allow for a lot of legroom. The Ghost Series II Extended Wheelbase model paces at 0-60 mph in 4.9 seconds, thanks to its 563 hp V12 engine.

If you want to have the epitome of luxury, check out the Hyperion Pininfarina. Specifically commissioned of the Italian company Pininfarina by a collector named Roland Hall, this model has a price tag of $6 million. Porsche is another illustrious name in the luxury sports car market. Probably the most famous model is the 911 sports car. Its most present model, the 911 Turbo S has a top speed of 197 mph and can run 0-60 mph in just 2.9 seconds! Is there anything more that can be said about Mercedes-Benz? The German car brand is synonymous with high-grade craftsmanship and luxury. But there has been so much mentioned about Mercedes-Benz in the American luxury cars market as it is obviously also a hit here. One of Mercedes-Benz’s best-sellers in the US is the popular C-class sedan; so far over 75,000 units have been sold in 2014. 2015 price for the C-class sedan, in the United States, is almost $62,000. A more favored version of the C-class is C300 which features a 248hp engine. Also popular is the AMG C63 series which, depending on grades, generates a range from 450 to 510 hp from a twin-turbo V8 engine. Other best-selling Mercedes-Benz models in the US also include the E-class, M-Class, GLK, and S-class. No wonder McLaren has been the favorite luxury car brand of several professional race car drivers as the cars are built on Formula One technology. Take this 2015 McLaren 650S Coupe — it generates 641 horsepower and has the ability to pace 0-60 mph in 2.9 seconds. It can even arrive at a top speed of 207 mph, not to mention that its appearance has the makings of a true sports car. Pricing for this car ranges from $265,000 to $280,225. Italian luxury car maker Maserati has tried successfully to enter into the midsize sedan market by unveiling the new Maserati Ghibli. It is similar to the more popular Quattroporte model, only a tad smaller and cheaper. The strong sales of the Ghibli have pushed Maserati’s market up to 171% over the year before. The Ghibli is priced at around $70,000, in comparison to at least $100,000 in order to afford a Maserati car. Although cheaper, the Ghibli is not cutting corners on quality and performance. It has a 345 hp, 3.0-liter V6 motor which will perform more than just enough considering its price.

Going over to the more expensive Maserati vehicles, the price range goes from several hundred thousand to over a million dollars. The fanciest so far is the Maserati MC12 at $2.85 million. Even before its official unveiling at a Geneva motor show in 2004, the MC12 had already been sold out which spurred the company to produce 25 more units. Japanese car maker Toyota made its bid to enter the luxury cars market in 1989 by introducing Lexus. From hybrid cars to luxury SUV’s, it’s not unusual that Lexus’ cutting-edge technology, stellar performance, and striking designs can confidently compete with the best of European sports cars. The Lexus RX mid-sized crossover is one of the brand’s bestsellers in America. Its success only demonstrates the mounting reputation in the crossover market. Over the past year, 107,490 units were sold. Lexus also boasts great sales of its small and large luxury sedans.

The most expensive Lexus car so far — or of all the Japanese cars, in fact — is the Lexus LFA Nurburgring. You have to shell out $465,000 to own this supercar. If you want a luxury car that can trudge all types of terrain, count on the Land Rover. This brand specializes in four-wheel-drive vehicles. One of the most popular models is the Range Rover which is luxurious yet tough. It features the Terrain Response system that enhances drive-ability and traction as it responds to different types of terrain, yet it still manages to maintain a comfortable and convenient ride.

Another popular model is the Range Rover Sport. It has engines that range from 258 to 542 hp and boasts a blend of modern and classic Land Rover designs. Each unit costs $96,000. Italian luxury car maker Lamborghini was founded in 1963 by Ferruccio Lamborghini and is now owned by the Volkswagen group. Apart from its unique car door design, the company is also reputed to produce a very limited number of their superior performance vehicles. As of 2011, the company had churned out only 1,711 units. One of the best models is the V12 Aventador LP 700-4, which can run to 0-62 mph in a mere 2.9 seconds. Its top speed can reach up to an amazing 217 mph. The least expensive Lamborghini will run over $237,000. Koenigsegg is a Swedish car maker which is known for making “hyper-cars.” The Agera S is one of the world’s most expensive cars. It pumps out an unbelievable 1,030 hp and 5-liter Bi-turbo V8 engine and can accelerate 0-62 mph in just 2.9 seconds! Its top speed can reach up to 124 mph in just 7.9 seconds. Not to mention it looks really spiffy. And the price? A whopping $2.1 million! Jaguar is another luxury car brand that is known for its powerful but elegant-looking vehicles. It is placed in the lofty position as it has produced cars for the British royal family and the Prime Minister. One of their best models, the Jaguar XJR, paces at 0-60 mph in a respectable 4.4 seconds, thanks to its 5-liter 550 hp engine. It also features an automatic temperature control, an 825-watt Meridian Surround Sound with no less than 20 speakers, plus it has cooled and heated front seats with 18/18-way power adjustment. The driver and passengers will surely feel comfy inside the car! The price for the Jaguar XJR is around $119,000. Ferrari is famous for its red sports cars, although it also produces a few other colors like yellow and blue. Of course, Ferrari is strongly linked to Formula One racing. One of the best models out of Ferrari is the Ferrari 458 Italia. It has a 4.5-liter V8 engine which can generate 562 horsepower and make it run up to 62 mph in just 3.3. seconds. The ceramic brakes, meanwhile, need just 90 feet of stopping distance before leading the car into a complete halt. One of these beauties will cost over $239,000. One of the top brands of luxury cars in America, Canada, and China, Cadillac has continued to evolve through the years. Its CTS-V Coupe seems to be the zenith of the Cadillac’s evolution just yet. It has the Nurburgring-tuned chassis which has the Magnetic Ride Control and a 556 horsepower (415 kW) engine, and high-performance Brembo brakes. To further make the ride comfier, the CTS-V Coupe also features the Recaro Performance Seats. The vehicle lists for nearly $75,000. Volkswagen is now the owner of this former French luxury cars maker. One of the examples of Bugatti’s combination of beauty and speed is the Bugatti Veyron. It has a top speed of up to 253 mph and up, thanks to its 16 cylinders 1001 hp engine. At just 2.5 seconds, the Veyron can go up to 62 mph. The more amazing is that it can take about 2.3 seconds to bring itself into a complete halt. The Veyron ranges in price from $1.7 to $2.7 million. This German car, motorcycle, and manufacturing brand is currently on top of the luxury cars market in the United States. Its combination of luxury, elegance, and stellar performance can only be matched by another German brand Mercedes-Benz. BMW has a limited-edition Alpina B7 which has a Xenon Adaptive has an Auto-Start-Stop technology which goes with 4.4-liter 540 horsepower V-8 engine which accelerates the car to its top speed of 194 miles per hour. It is also available in a hybrid version. An Alpina B7 will run around $117,000.

Bentley is a British luxury car brand that is based in Crewe, England and is now a subsidiary of Volkswagen. Aside from its elegant exterior and interior appearance which has been the main reason for its reputation, Bentley now also has the technology to show, as evidenced by the 2014 Continental V8 GT. Lighter and leaner compared to other Bentley cars, the V8 GT features a 4.0-liter twin turbo engine that generates a 500 horsepower. The V8 GT is also efficient, as it has the ability to deactivate the six cylinders in a bid to economize fuel. This very feature will enable the car to reach 26.1 miles a gallon. It has a base price of over $214,000. The brand with the famous four-ringed logo is also owned by Volkswagen. One of Audi’s most famous cars is the R8; if you may remember, this has been given a spotlight in a number of films and on TV, the most notable being Iron Man 3. The R8 V10 features the same sheet metal exterior and user-friendliness as with the previous Audi R8 V8 model. But the V10 packs more power with a 525 hp which generates up to 60 mph time of just 3.8 seconds. It can reach the top speed of 196 mph. You can own an Audi R8 V8 for around $116,000. Aston Martin is a British luxury sports car brand which is the favorite among British F1 drivers. One of its newest releases is the V12 Vantage S. It packs quite it of muscle at 565 hp (421 kW) which helps it run 0-60 mph in only 3.7 seconds. It can reach the top speed of 200 mph. It is lighter than its predecessor, the V12 Vantage, and features new carbon ceramic brakes, 3-stage adaptive damping for suspension and delayed anti-lock brakes. The V12 Vantage S will run around $183,000 if you want to drive it off the lot. Alfa Romeo is an Italian luxury car maker which is now a subsidiary of Fiat. One of the most recent cars is the Alfa Romeo 4C, whose assembly was done by Maserati in Modena, Italy. The two-seater sports car features the DNA switch that lets drivers choose four different modes: “natural,” “dynamic,” “all-weather” and “race.” Every setting automatically adjusts the car’s engine, steering, brakes, accelerator, gearbox, and suspension to fit the driver’s desired driving circumstances. Its futuristic-looking appearance really lives up to the word “sports car.” An Alfa Romeo 4C will cost nearly $54,000.