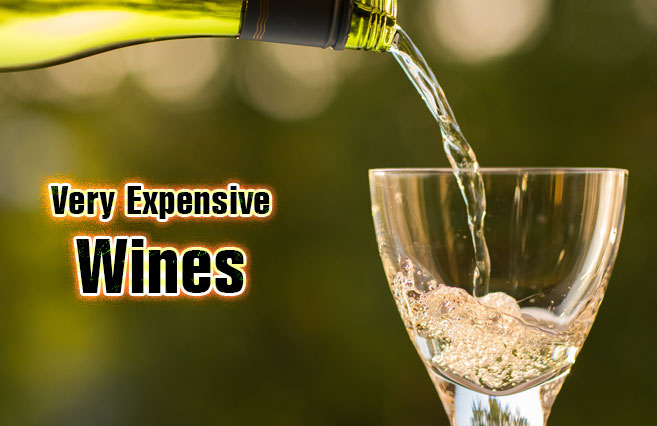 In this gallery we list some of the most expensive wines in the world. Like other high-priced alcoholic beverages, the longer a wine is bottled, the rarer and more expensive it gets. Wines add the color and grandiosity to even a simple celebration or any other occasion. Devoted wine connoisseurs are often willing to pay a hefty price at an auction to have a certain kind of wine in their hands. This wine commanded an unbelievable $304,375 during an auction! The wine’s almost-faultless quality is one of the reasons of its longevity and its high price. The Chateau Cheval Blanc is known as the greatest Bordeaux ever, and can go on for another half a century without losing a hint of its quality. The most expensive white wine ever! This rare 1787 vintage commanded an astounding $117,000. It was finally purchased by sommelier and restaurateur Christian Vanneque. Romanee Conti is rare because of the difficulties of producing it. Due to the low yield of the soil in a wine-growing region in France where Romanee Conti was produced, it takes about three vineyards to produce one bottle. Produced in 1945, Romanee Conti has a rare set of eight bottles costing $224,000. Malcolm Forbes paid $160,000 for the 1787 vintage wine Chateau Lafitte, which was assumed to have come from the cellars of president Thomas Jefferson. Many wine experts have debated whether this story is authentic. This Australian wine has only 20 bottles left available today, owing to its rarity. It is one of the most expensive wines at $168,000, and it was purchased by Wong Wing Chee from Hong Kong. For wine aficionados with deep pockets, you won’t hesitate to go to the famous La Clois in Dubai International Airport to purchase one of the only three Chateau Margaux’s in existence. Wine merchant William Sokolin purchased this wine but unfortunately a waiter accidentally knocked the bottle over while Sokolin was having dinner. Insurers covered it by $225,000. Before the auction, Chateau Lafitte was priced at $8,000 — still a steep price to part with for a bottle of wine. Following the auction though, the 1869 vintage wine posted a sharp rise in its worth — a whopping $233,972! Heidsieck is a strikingly special wine because of its peculiar taste and also because of the unusual location where it was found. About 200 bottles of Heidsieck were found from a shipwreck over 80 years ago, during the First World War. One of the lucky few who had the opportunity to taste this wine said that Heidsieck had strong aromas of gun flint and black rifle powder, with a hint of seawater. The Screaming Eagle Cabernet 1992 commanded the highest ever price for a bottle of wine at $500,000. Proceeds of the wine sale at the Napa Valley Wine Auction in 2000 went to charity. It was bought from that auction by ex-Cisco Systems executive Chase Bailey. A container of Chateau Mouton Rothschild 1945 was purchased by an unnamed bidder to the tune of $114,614 at Christie’s auction in London. Cheval Blanc was made from Merlot, a dark-blue variety of grapes specifically grown to be made into wines. It enjoys the status of being one of only two wines to receive the “Class A” status in the Classification of Saint-Emilion wine. A bottle of this wine costs $135,125.