If the Great Pyramid were to be built today, it would probably cost around 1.1 and 1.3 billion US dollars. That is why it is not surprising that the buildings that we have today can be pretty expensive, too. Just think of delayed work timelines, the need for a good earthquake or typhoon proofing technology, complex building programs, the advanced mechanical and electronic systems, and of course, the costly materials and finishes adds up to the final cost of the building. This is why extravagant buildings do not come cheap, and several millions of dollars are required for them to be built. That is why, in this article, we are going to list down the world’s most expensive buildings to build. Standing at a height of 601 meters, the Abraj Al-Bait is considered to be the tallest hotel in the world. It has a floor area that spans over 1,500,000 square meters, and it can accommodate up to 100,000-persons. The building is also known as the Makkah Royal Clock Tower, the compound was designed Dar Al-Handasah which is Lebanon based architectural group and the complex has one of the world’s tallest and largest clock which stands at the height of 530 meters and measures up to 43 meters in diameter. Locals and tourists say that the clock tower is visible from over 30km away. The World Sentosa was built by the Genting Group, which is a Malaysian conglomerate. The complex consists of several entertainment attractions like the Universal Studios theme park, casinos, and hotels. The resort also has an integrated oceanarium that is about 20 acres big, which is why it’s considered to be the largest in the world. There you can see almost 100,000 animals and more than 800 species. The Emirates Palace designed by John Elliot, who is a British architect. The palace opened in 2005, and since then, it served as the official guest palace of the Abu Dhabi Government. The castle is constructed in a land that spans 850,000 square meters. The Emirates Palace was built as a way of showcasing the Arabian culture and their luxurious hospitality. Reports say that the palace includes 110,000 m3 of 13 different types of marble from China, Spain, Italy, and India. Plus, it also has 1002 Swarovski crystal chandeliers. 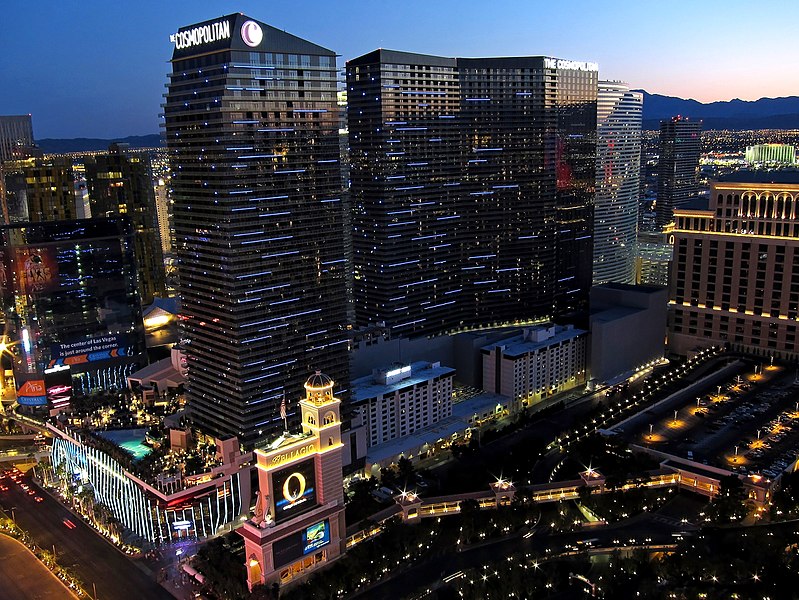 This luxury casino and hotel resort are located on the Las Vegas Strip. It consists of two high rise towers that are both 184 meters tall. The building was initially owned by a Germany-based banking company called Deutsche Bank. Still, it was later sold to a New York-based company named Blackstone Group Corporation for a whopping US$1.73bn. However, despite its excellent location and excellent gaming credentials, the Cosmopolitan of Las Vegas is still considered somewhat of a financial failure after they went bankrupt in 2008. Also known as the ‘Freedom Tower,’ the One World Trade was completed in 2013, and it was built to commemorate the twin tower of the World Trade Centre. The building also serves as an industrial hub because it connects eleven NYC subways, and it has a total of 71 floors of office space. The One World Trade Center has a concrete and steel frame that was designed by architect David Childs. Wynn resort is standing in an area of 615 acres, and its construction was worth a whopping US$2.70bn. Wynn Resort is considered to be the sixth-largest hotel in the world, and it is named Steve Wynn, who is a world-renowned casino developer. Throughout the years, Wynn resort has won several accolades, such as the Mobil five-star, Forbes five-star, AAA five-diamond, and a Michelin five-star rating. The Wynn resort is also the first Las Vegas casino to have a car dealership, and they are the first hotel that combined both a casino frequent-player card and a room key into a single card. Venetian Macau is located directly opposite another luxury hotel, which is the City of Dreams. This hotel-casino is considered to be the largest casino in the world and the seventh-largest building in the world by floor area. Venetian Macau opened in August 2007, and it has a total of 550,000 square feet of casino space along with 800 gambling tables, 15,000 seat CotaiArena that can host sporting and entertainment events, and a total of 3,400 slot machines.

City of Dreams is a complex worth US$2.40bn, which merges hotel with casino in a podium style with four towers, the Crown Towers Hotel, Grand Hyatt Macau, which has two towers, and the Hard Rock Hotel. The podium, which has three floors, has about 200 shopping facilities, plus a 420,000 square foot of casino space.